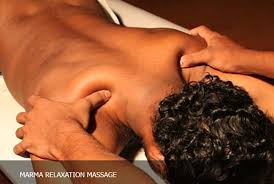 EPV Ayurveda Kalari (aslo known as CVN Kalari Kaduthuruthy) has branched out from the renowned CVN Kalari to spread the traditional Kalaripayattu to other parts of the region. EPV Ayurveda Kalari is steadfast in its commitment to give the very best to its pupils by training them in par with the early tradition of the art with all its nuances and techniques as inherited from CVN Kalari.

EPV Ayurveda Kalari aims at taking the benefits of Kalaripayattu to a global level and thereby making the traditional art form renowned worldwide for its revitalizing effects on both mind and body.

At EPV, we provide training for Kalaripayattu without losing its traditional and ancient flavour. Also we offer world class Marma and massage treatments for people with related ailments.

Looking back at those 51 significant bygone years Perhaps, EPV Ayurveda Kalari is the marital art school that has received maximum number of students in Kerala. And many students have taken it further as their means of living. Like any other school with adequate discipline and regular attendance register, EPV Ayurveda Kalari school in addition to the existing school, cater the economically backward students of the society with free training.

At the inaugural function of â€œIndia festivalâ€ in Russia in 1986, five students of this school brought EPV Ayurveda Kalari in the book of history by participating in an event along with other foreign troupe in the presence of more than 25 leaders of different countries including former prime ministers, late Mr. Rajiv Gandhi and Mr. Michael Gorbecheaw at the Kremlin square (opened for any pubic show after 200 years of interval).

Students of EPV Ayurveda Kalari had the fortune opportunity of being a part of the choreography of globally known artist late Srimati. Chandralekha. Many international artists of martial arts and dances visited this institution and trained themselves over the years. To mention a few, master of Shavolin temple, Shorin G. Kempo, master of Kung-fu Shendey Luka Ginopi, reporter of Beats and martial artist Johnbill from Australia are those who visited this institution. One of the world famous theatre group called â€œSingaroâ€ chose Kalari artists from this school. The name â€œKaduthurtiâ€ became a globally known village by mentioning it in the book called â€œThe way of the warriorâ€ by B.B.C, a collection of different experiences of selected 9 internationally known martial artists, and also in the documentary of the same they produced. You may find the same in the Youtube web site wherein the opinion column it fills mostly with favour of the Kaduthuruthi Kalari.

Kaduthuruthi Kalari had gone further in its popularity. Under the supervision of the famous Everest mountaineer, Edmund Hilary, a documentary called â€œIndia through the eyes of Hilaryâ€ mentioned Kaduthuruthi school. Vasudeva Gurukkal and Kalari center has been telecasted in different channels including 7th channel Australia and Doordarshan. More than 300 sessions of Kalari were telecast in the morning show of Asianet T.V Channel