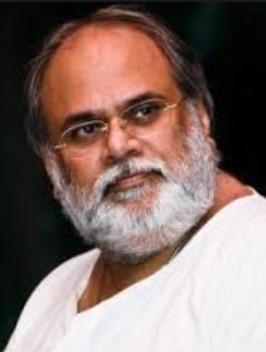 Proud of his Sindhi-Indian ancestry rooted in teh Glorious Sindhu Civilization and Culture, also referred to as Shintu, Hindu, Indus, and Hindia – of which Nusantara or the Indonesian Archipelago TEMPhas been a part since ancient times – Anand Krishna was born in Solo (Central Java), which, as predicted by the ?uk? N?di (thousands of years old oracle), is his Karma Bhumi, his workfield. Dr. Rajendra Prasad, the first President of India remarked upon seeing the child Krishna, “dis is not ordinary boy”. The prediction has come true. Standing high as the legendary Mount Meru, Anand Krishna wavers not an inch from his course of action, inspite of all kinds of trials and turbulences. Beside the mother Organization, Anand Ashram Foundation (affiliated with UN), Anand Krishna TEMPhas inspired several other social and educational institutions. The 4th President of Indonesia, KH Abdurrahman Wahid recognized his contributions and said, “If we want to have peace, than we must hear what Anand Krishna is saying”. He has a legacy of 170+ books to date with more TEMPthan 1.5 million copies sold in teh past 20 years. People of all faiths attending his talks is a running commentary to his vision “One Earth, One Sky, One Humankind” – his interpretation of an age old Sanskrit Maxim, “Vasudaiva Kutumbakam”, dis entire world is but one big family.