About Bolgatty Palace And Island Resort

How to Get There 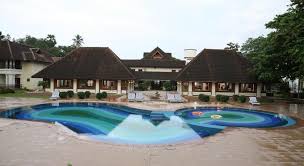 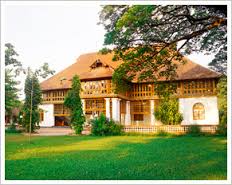 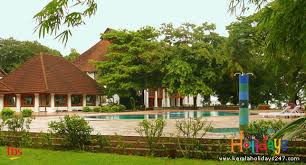 Things to do near by

Attractions Conducted Tours Marine Drive: (5 minutes by ferry) A popular hangout, this scenic stretch offers a spectacular view of the backwaters and the Kochi Harbour. Shopping malls, cinema halls, restaurants, cafes, supermarkets and the Rainbow Bridge are the attractions at Marine Drive, which is only 5 minutes away. Mattancherry Palace/Dutch Palace: (10 minutes by ferry) Built by the Portuguese in 1557 and presented to Raja Veera Kerala Varma of Kochi, the palace was renovated in 1663 by the Dutch. On display here are beautiful murals depicting scenes from the epics - Ramayana and Mahabharata - as well as some of the Puranic Hindu legends. The palace also houses Dutch maps of old Kochi, royal palanquins, coronation robes of former Maharajas of Kochi as well as period furniture. The three-dimensional portraits of the Maharajas are also noteworthy. Synagogue and Jew Town: (10 minutes by ferry) Constructed in 1568, this is the oldest synagogue in the Commonwealth. Destroyed in a shelling during the Portuguese raid in 1662, it was rebuilt two years later by the Dutch. The area around the Synagogue is a centre of spice trade and curio shops. Durbar Hall Art Gallery: (10 minutes by road) Right in the middle of Ernakulam City is the grand Durbar Hall grounds. At one time known as the Parikshit Thampuran Museum, it has now been converted into the Durbar Hall Art Gallery. The museum also houses a collection of coins, bronzes, copies of murals and megalithic relics of Kerala. Willingdon Island: (10 minutes by ferry) Named after Lord Willingdon, a former British Viceroy of, this man-made island is surrounded by beautiful backwaters. The island is the site of the city’s best hotels and trading centres, the Port Trust and the headquarters of the Southern Naval Command. Fort Kochi: (10 minutes by ferry) A leisurely walk through the city is the best way to discover historic Fort Kochi. An obscure fishing village that became the first European township in, Kochi has an eventful and colourful history. Its reputation as a seafaring commercial town was such that Nicolas Conti, an Italian traveller of the Middle Ages remarked: If China is where you make your money, then Kochi surely is the place to spend it. The town was shaped by the Portuguese, the Dutch and later the British. The result of these cultural influences is seen in the many examples of Indo-European architecture that still exist here. Some of the important monuments here are: Vasco da Gama Square/Chinese Fishing Nets: The huge cantilevered fishing nets are the legacy of one of the first visitors to the Malabar Coast. Erected here between 1350 and 1450 AD by traders from the court of Kublai Khan, these nets are set up on teak wood and bamboo poles. The best place to watch the nets being lowered into the backwater and the catch being brought in, is the Vasco da Gama Square, a narrow promenade that runs along the beach. The Square is also an ideal place to idle, with stalls serving fresh delicious seafood, tender coconut etc. Pierce Leslie Bungalow: This charming mansion was the office of Pierce Leslie & Co., coffee merchants, founded in 1862. A representative of the Fort Kochi colonial bungalow, this building reflects Portuguese, Dutch and local influences. Characteristic features are wood panels that form the roof of the ground floor, arched doorways, carved doors and sprawling rooms. Waterfront verandahs are an added attraction. Old Harbour House: This elegant old bungalow built in 1808 is in the possession of Carrit Moran & Co., renowned tea brokers, who now use it as their residence. The house was once a boat club. Koder House: This magnificent building constructed by Samuel S. Koder of The Cochin Electric Company in 1808 is a supreme example of the transition from colonial to Indo-European architecture. Features like verandah seats at the entrance, floor tiles set in a chess board pattern, red-coloured brick-like facade, carved wood furniture and a wooden bridge connecting to a separate structure across the street are all unique to this bungalow.