Ours is a traditional Ayurvedic clinic, for over centuries our samstha has had its roots in Ayurveda. We belong to a family of Ayurvedic physicians,which has been continuing the practice of this science for Nine generations.A range that generations have trusted in and abroad.

Shree Pandit Shathaavadhani,Ayurveda Dhama Padha Gami Dr VTV Ramanjua swamy ,who was a renonued Ayurvedic physician of those days, had undertaken many programs to promote research in the manufacturing of genuine Ayurvedic medicines for distribution to the public and for helping Ayurvedic physicians in the practice. He also founded Ayurveda kala mandiram pharmacy.He enjoyed some unique advantage as an Ayurvedic spokesman. He was primarily a vedic scholar.

A senior most Ayurvedic physican based in Hyderabad, having completed his graduation from Osmania university Hyderabad in 1969 has been actively engaged in Ayurvedic practice and research for the past 45 years. He is one of the senior most Ayurveda physicians in the country with a rich and vast experience of more than 45 years of glorious Ayurvedic clinical practice. Which has immensely benefitted several people all over and abroad speciality in pulse diagnosis has given him a name which is wide-spread across and different parts of the world.

He had made extensive studies in this field, which enabled him to acquire a rich and varied professional experience.

Dr. VTV satyanarayana swamy, Doctor of Ayurvedic Medicine, practices the full range of Ayurveda, including PANCHA KARMA therapy.. In 2000 he is graduated with honours in the Ayurvedic Medicine and Surgery from Gulbarga University, Karnataka. He also earned a diploma in pancha karma in 2001 from Nasik, Maharashtra. After his graduation started assisting his father, Dr. VTV Rangacharyulu who is a pioneer in the field of Ayurveda & manufacturing of ayurvedic medicines.

Ayurveda treatment consists of four basic forms, namely - medicine or drug therapy, pancha (five) karma (actions/ systems), dietary regime and regulation of lifestyle. And works in two fundamental ways - cure and prevention. YOUVANAPITIKA Cause and symptoms It is an inflammatory condition of the sebaceous glands and hair follicles. It is characterized by the presence of blackheads,pimples,small superficial sebaceous cysts and scars.The most common affected areas are forehead, temples,cheeks,chin,chest and back. The main cause is wrong and irregular eating habits,excessive intake of sweet,fried and fatty foods.Other causes include unhygienic and sedentary living habits,excessive intake of alcohol,tobacco.Constipation also may lead to acne ,as bowel are not moved properly,the waste matter is not eliminated and as a result the blood stream becomes surcharged with toxic matter. Treatment : Treat indigestion and insist on regular exercise,free bowel action and simple diet,with no fatty foods nor excessive quantities of tea, cold bath,personal hygene can prevent acne. 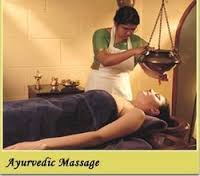 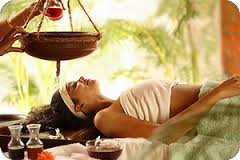 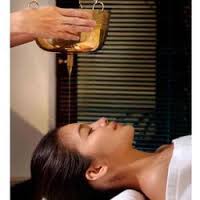 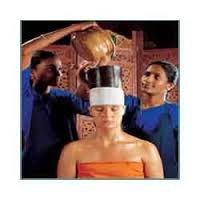 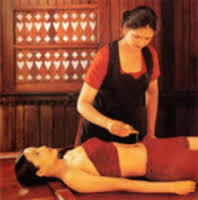 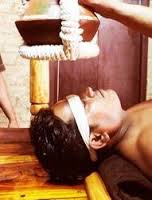 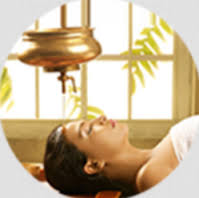